This started as a running joke...

I've always tried to find a way to describe my eccentricity to others, usually to no avail. My way of solving problems, of thinking and creating, of seeing the world, are so fundamentally different from nearly all my friends. So, I often found myself trying to describe how my mind worked...and usually managed to confuse my friends further.

The way I think has a lot of advantages...but it has its challenges as well. For one thing, I tend to solve programming problems from binary-up, not abstractions-down as most programmers do. This is usually an advantage, but it also means I'm prone to miss the obvious at times.

Then, while watching My Little Pony: Friendship is Magic (my favorite show...I offer no apologies), I happened across this joke...

The familiarity was not lost on me. This was literally my first instinct on simple problems.

The pony in question, Doctor Whooves, was named thus by fans who recognized his resemblance to the 10th Doctor Who (David Tennant); the animators of the series made that joke official in this episode.

That led me to start watching Doctor Who, something I'd only seen in passing prior. Before long, I started to see a striking resemblance between the Doctor and my own personality. I found that "time lord" was a handy shorthand way of introducing my eccentric mind to the world.

I discovered shortly after that revelation that I enjoyed wearing bow ties (which really are cool). Yet that fashion statement is more than just a reflection of my eccentricity. It has given me a basis to tell my story, which continues to inspire many people I meet.

I was fairly content with letting "time lord" stand as a running joke, but it was about to take on a much deeper meaning.

I've had two significant head injuries in my life: one at age two, and one at age sixteen. Both fundamentally altered my personality, my abilities, my strengths, and my weaknesses.

Before age sixteen, I was decent at math (although I hated it with a passion), but I could not understand programming to save my life. I much preferred the natural sciences, and had intended to go into medicine.

Then, at the end of my sophomore year of high school, I fell down a staircase in our house and hit my head on the bannister. I suffered a "grade three" traumatic brain injury, going from college-level reading and a straight 4.0 GPA to failing pre-K level material. It took four years of hard work to regain my abilities and graduate high school. I soon discovered that my proficiency in the natural sciences was gone. Chemistry and biology were now a struggle. Even today, I deal with some lingering deficits from the head injury.

Yet, somewhere in the midst of my recovery, I found that I loved math...and it loved me back. Algebra and pre-calculus just made sense. A desire to make educational software led me to try programming again, and this time it stuck. I learned three different languages in the course of a year. Programming was like breathing! I had discovered that, since the head injury, I had gained the ability to visualize in six dimensions (yes, seriously), and to work out complex problems in my mind.

In mid-2018, it struck me: because of the brain injuries, I have practically regenerated twice! My core identify has never changed, but how that expresses itself in my personality and abilities has.

...and then I saw this, which said everything I felt during those first few years after the second head injury:

My name, Jason, means "healer," something which I have always known was also my life's calling. Yet when I was younger, I was quite I wanted to be a doctor, specifically a "pediatric trauma surgeon," as the six-year-old me would enthusiastically lisp.

The second head injury ended that dream. While I recovered much of my academic ability, I never regained the natural proficiency for biology that I'd once had. Math and computer science gradually took its place in my life.

My identifying with "The Doctor" was an ironic twist to my story. I wasn't a physician, but I was still a doctor of sorts: a communicator, a healer of hearts and minds, an enigma solver. I rediscovered my lifelong passion for teaching, something else I had in common with the character of The Doctor. I wanted people's lives to be better for encountering me.

And yes, that also meant I was, at times, a warrior. You cannot really claim to care about justice if you won't stand up against injustice. You cannot really be compassionate unless you're also willing to stand to protect those who need protecting. The Doctor doesn't fight with weapons — neither do I — but rather with words, ideas, and at times, good old-fashioned psychology.

So yes, I'm eccentric. Outright weird, even. I'm passionate, definitely (though don't mistake that for "nice"). I may sometimes lose you in my flights of intellectual wandering, although I swear I'll come back down soon enough. I am most certainly a madman with a box...or at least a typewriter.

But at the end of the day, I'm just a traveler, helping where I can, putting things right again. 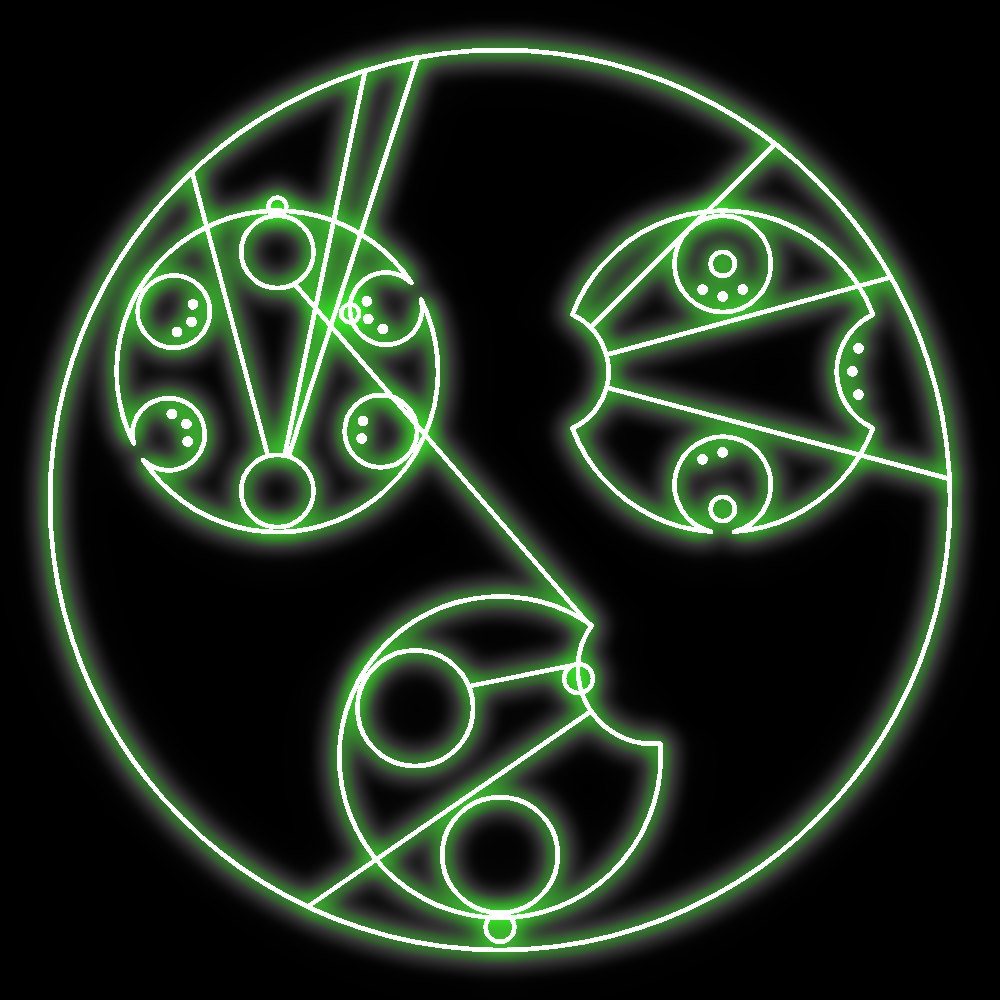